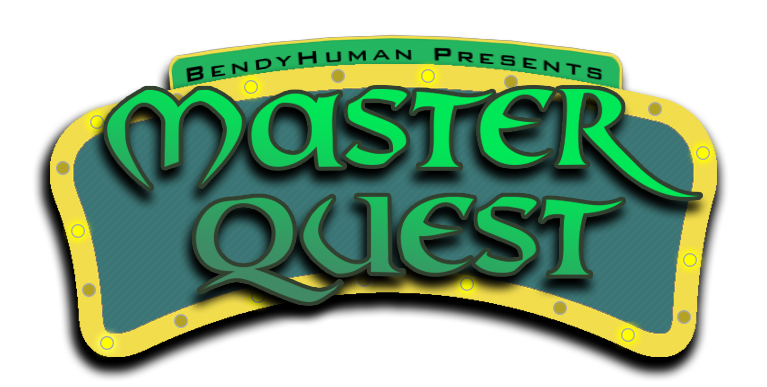 Bendy: "Welcome to Master Quest. I, Bendyhuman, have curated a selection of games for your enjoyment. These are not the most obscure games on RA, nor are they the most challenging. Some may be hidden gems, whereas others may be well-known. Games earn the Bendy Seal of Approval™ when I notice that they have a shockingly low number of masteries, despite appearing both fun and reasonable to master. Let's have some fun and master some sets together!"


RULES
This isn't a complicated event, each month Bendy is choosing THREE sets
-game hes mastered before
-one game without 10 masteries
-one game hes wanted to play

Note: Bendy is competing too of course

Yoshi Topsy-Turvy | Yoshi's Universal Gravitation (Game Boy Advance)
Yoshi Topsy-Turvy is a Game Boy Advance title best known for its implementation of a tilt sensor within the cartridge itself. Many brushed aside the game, labeling it as gimmicky without giving it a chance. Even among Nintendo enthusiasts, I rarely hear anyone talk about this game. Having mastered the game, I can say with certainty that it is an utterly delightful experience! It does get a bit challenging at times, but with a bit of perseverance you can definitely master it!

Pilotwings (SNES)
How can you not love Pilotwings? It was a launch title for the SNES, showing early on what the console was capable of. This is one of the older sets on RA, yet all these years later, not even ten people have mastered it! Skimming through the achievement list, nothing appears excessively challenging, so why is the mastery percentage so low? Let's take to the skies and find out together!

~Hack~ Nimpize Adventure (Nintendo 64)
Nimpize Adventure is a game that I've been wanting to play for a while now. All I really know about it is that it's a hack of one of my favorite games, and it's supposedly quite difficult. Willst thou soar? Or willst thou suck?

Seems like I need to play the other games now. Looking forward to the future of the event.

Posted: 10 Nov, 2020 16:48
How does the Topsy-Turvy hack work? It doesn't seem to do anything on RALibretro with Beetle GBA.
Bendyhuman

Posted: 11 Nov, 2020 01:41
The patch provided in the forum topic should replace the tilt controls with button controls. I played it in RAVBA, maybe give that a try?
Aquator

~Hack~ Nimpize Adventure (Nintendo 64)
and I guess gotten a top 10 spot on each in the past.
I'll try to get somewhere with Pilotwings this month!

Posted: 13 Nov, 2020 07:27
An idea I know you said maybe on the badge but like 3 tiers of the badge so bronze/siliver/gold. I guess depends on how long you decide to do this event tbh
Pampa50

I definitely enjoyed this month's games. I already played Yoshi's Topsy-Turvy when I was younger, it's no Yoshi's Island, but still a fun game. Nimpize Adventure, despite the overall difficulty, got me interested in Zelda hacks. Pilotwings was also very fun (well, except skydiving and helicopter events) and I might try Pilotwings 64 in the near future.

Posted: 21 Nov, 2020 08:15
I managed to master Yoshi Topsy Turvy a few days back. Hoping to find time to do the other two in the next couple weeks.