(Subscribe)
Solo Challenge 3:
One of you needs to not take any vechile trips

In Texas I decided to check information from instruction of special map and compess which I took from recent journey in many dungeons. After pressing the strange button on compass he flashing and his arrow became its movement. I was moving looking at my compass and not looking to anything else until I went to Venus where I found first of elements. A strange little stone, a Venus element. I took it and start moving to next point on the map.

It was Arcansas state. Lazy Luke and Blubber Bear have stopped me. I don't know why they decide to fight me, but I beaten them easily. Stopping Shao Kahn's invasion on Earth was a lot harder. After successful battle I was able to go to Halley where I found Halley's camet element.

Next I went to Missouri and activated compass there. As a result, I went to Uranus and found Uranus element.

Next element was Phaeton for which I was going to Illinois. Luckily, this element appeared in Ceres Cemetery named after the biggest asteroid from asteroid belt, which is some kind of the Phaeton's cemetery

Next element was found somewhere in Indiana state. In Saturn I found a Saturn element.

Then I moved to Kentucky state. It wasn't on the map but there was Kentucky Avenue from Monopoly game, although the map was older than the game. In this state with help of compass I got to Moon where I found a Moon element.

After Moon element I wanter to find the Sun element and I was lucky. State with this element was nearby, Tennessee. Arrived at Memphis I came to Sun Its sunlights contaced the compass and its because the Sun element itself. It was hard to look at it and I tried to insert the Moon element to the compass. Compass has fused it and stoped glowing formed something like Solar Eclipse

Next 2 state again were drawn on map as Monopoly sectors. Next was North Carolina state in which in Jupiter I found a Jupiter element.

Next I moved to Virgina state where on Mercury I founded the Mercary element.

Next goal was West Virginia state, where I had to battled Wizard, but this was easy too. After winning I reached the Pluto and founded the Pluto element there.

Wizard is gone (10)
The battle with this boss is happening in the city Charleston.

Next step was trip to Pennsylvania, where in Mars the Mars element was found.

There remained the last element, the element of Neptune, which was located in the state of New Jersey and was found in Neptune. After that, having collected all the elements, I discovered that I could control them with a compass. For fun, I connected this cosmic force in the form of a stick and asked me to play hockey, although I had never played this game before. The New Jersey team agreed to take me on one game to their team and as a result, with my help, I won - I scored all 11 goals. True, after this, it began to create a feeling that the goalkeeper of my team for some reason began to fear me.

First Win (10)
I received this achievement by playing for New Jersey. 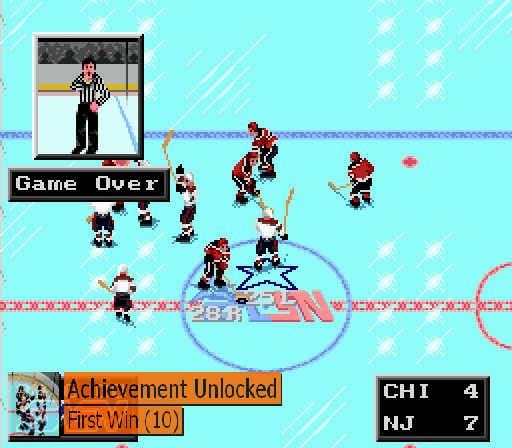